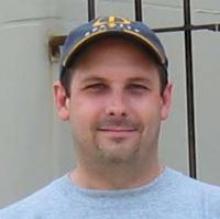 Eugene Martin is an award winning producer and director whose works have beenscreened internationally and won awards since 1988.  He has written anddirected 5 feature length films, including "Edge City" and "Diary of aCity Priest", which premiered as an "Official Selection" at the 2001Sundance Film Festival.  He received a production license for "Diary ofa City Priest" from the Independent Television Service (ITVS) in 1999. Funders include: the Pew Charitable Trusts, the NEA, the PhiladelphiaFoundation and the Penna. Council on the Arts.

Hisfilms have been sold to 22 countries and screened in over 100 filmfestivals.  "Diary of a City Priest" is currently airing on the BBC inthe U.K.  It was released on DVD in 2003 and is currently held in 300libraries across the United States as well as over 2000 video stores. His dramatic feature film, "Edge City" (super 16mm to 35mm, color, dv,1998), won the Grand Jury Prize at the Hamptons International FilmFestival.  Lions Gate and Palm Pictures released "Edge City" on DVD andnational cable television.  His recent DV feature, "The Other America",was the Opening Night Film at the 2004 Slamdance Film Festival and wasan official selection at the San Francisco International Film Festivaland the IFP Central Standard Time Festival.  It won two jury awards atthe 2004 Philadelphia Film Festival.

Martin received an "Emmy"nomination for his short dance film, "Open Distance" in 1992. His firstfilm, "Cynthia's Window", (17 mins, 1988), was an official selection inthe Berlin Film Festival in 1990, and was one of the first filmsscreened in East Berlin after the fall of the Berlin Wall.  It hasaired on PBS throughout the United States.  His MFA thesis film,"Invisible Cities" (56 mins., color, 1991), screened at the NationalGallery of Art, the American Film Institute, and the Festival deiPopoli in Florence, Italy.  Martin is also an accomplished stillphotographer.  In 2005, he was featured in five exhibitions (includingtwo at the Sande Webster Gallery), two of which were solo shows.

EugeneMartin is a Lecturer in the Broadcasting, Telecommunications, and MassMedia Dept. at Temple University.  Martin has the distinction ofwinning two teaching awards in his first two years at Temple in Fall2004 he won the Eastman Kodak Scholar Award for Creative Production andTeaching from the Eastman Kodak Foundation, a national juried awardwith a panel of acclaimed members of the film and tv industry bestowingthe honor.  In May 2005, Martin received the award for "InnovativeTeaching" for the School of Communications and Theater.